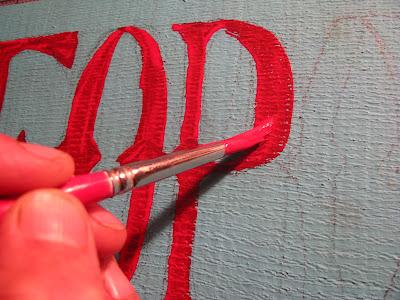 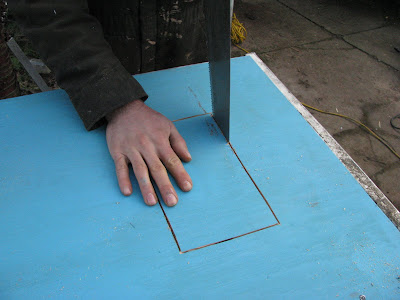 Salvaged wood and aluminum, bicycle wheels, and tinkering; the cart is taking shape. We'll be debuting it at PLACE Gallery in downtown Portland next month.
As we develop the central object here, our ideas about what we are trying to communicate are developing as well. Trying to express this long and torturous history through a single object is a challenge, and we're constantly reminded that there is a great and general lack of knowledge about Sub-Saharan Africa in America. Certainly there's a broad ignorance of the US role in the destabilization of Congo after its independence from Belgium, but the activities of Belgium and King Leopold prior to that era are almost entirely unfamiliar. It's partly the process that Belgium's vicious colonial regime set in place that we are after here: when people in Congo rebelled against the brutal enforcement of rubber-harvest quotas, they were punished by having their hands amputated. The institution of a bounty for the hands of runaways led to unscrupulous enforcers chopping off every hand they could find, piling pirogues high with mounds of them. The trauma of this era and these practices has deeply permeated the culture of the Congo (and of Belgium), and the severed hand appears again and again as history grinds through the forests and mountains of the Congo region.
Posted by Roger Peet at 11:18 AM

This is a project of Roger Peet and Ryan Burns; a bushmeat food-cart serving up information and interpretations of the history and present of the Democratic Republic of Congo, its peoples, forests and creatures, and of the glutton world that has chewed it ragged. Our aim with this object and the situations we place it in is to shed some brief light on a subject deeply shadowed by greed and complicity. The intersection of ecological devastation and explosive economic growth, the knife's edge where survival and catastrophe force impossible choices, and the bitter recapitulations of history and its cruelties are our subjects. Our medium: a food-cart, cut from historical and metaphorical cloth, serving the severed hands of Chimpanzees.
Why hands? They are one of the choicest and most expensive cuts of bushmeat on the market. We believe that their popularity is partly an echo of Colonial Belgium's brutal enforcement strategies, where the hands of thousands of Congolese were cut off in an effort to maintain slave labor regimes in the rubber forests. Severed hands have been given an arcane value by world capitalism's penetration of Congo.
We are trying to talk about who eats what. We want to know who gets to eat and who goes hungry, and we want to know what is destroyed to fill these bellies. Two and a half centuries after King Leopold's colonial edicts began arriving from Belgium, the vast heartland of the African continent is still pulsing to the beat of his dark drum. We want to bring that chilling music back to the West, to dip our fingers in the complicity that binds us together as consumers, and offer a taste to all.